The Gnosticism, Esotericism, and Mysticism (GEM) Certificate provides students with a theoretical orientation, which they then can apply to their chosen concentrations. Recent certificate recipients are shown below. 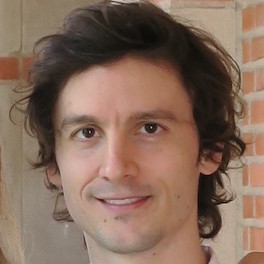 Simon Cox, 2017
I was first drawn to Rice largely on account of the GEM program. The prospect of going to graduate school to study gnosticism, esotericism, and mysticism motivated my application and mollified anxieties I had about the potentially stifling capacities of academic discipline - visions of myself drowning in footnotes. My experience in the program has justified my initial excitement, and far from being stifled by the academic methodologies the program has introduced me to, I have learned to thrive; to express myself with a newfound rigor and clarity.

On a formal level, the GEM courses have provided me with a theoretical framework (historical) and methodology (historical-criticism) through which I can fruitfully and precisely address the minutiae of my subdisciplines. On a content level, the courses have provided me with a wealth of historical knowledge - mostly Euro-American - concerning the historical development of our field and the foundational assumptions on which it is based, facilitating reflexivity in my own scholarship.

In addition to the coursework, the monthly GEM forums peopled by the GEM Collective have expanded the horizons of my own research (who knew Tibetan sleep yogas bore a striking resemblance to Catholic dream incubation?), and socialized me into the unspoken mores of cross-disciplinary conversation. In addition to this, the recent Rockwell Conferences - ‘Gnostic Countercultures’ (2015) and ‘Spiritual but not Religious’ (2016) - have brought me into the vibrant international community of scholars who study gnosticism, esotericism, and mysticism. The program has provided me with a trajectory, a community, and numerous opportunities for presenting and publishing. GEM is truly the jewel in the crown of our department, and I feel incredibly fortunate to be a part of it. 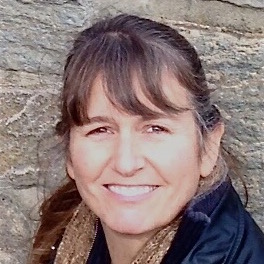 Linda Ceriello, 2016
GEM was the concentration area that particularly drew me to study at Rice. I entered the RELI PhD program in 2010, when it was one of the newer concentration areas. I was initially interested in GEM mainly for the ‘M’—the mysticism area of study. At first I understood only vaguely what connected it to the ‘G’ and the ‘E’ --gnosticism and esotericism. GEM concepts garnered in my coursework quickly became a consistent influence on my research, and are now in fact central in my dissertation work and other projects. For example, I use esotericism as the historical scaffold for my work in American Metaphysical Traditions as a matter of course, and the categories of the gnostic/gnosis allow for the treatment of other theoretical categories important to my research in mysticisms, such as transgression and gender. I also use GEM concepts to frame my work on contemporary spirituality movements such as the Spiritual But Not Religious. I view these conceptual endeavors as crucial for carving space for the academic study of the non- ordinary in religion, such as has been described in work by my advisor, Dr. Jeffrey Kripal, and other GEM faculty.

Now as a certificate program, GEM provides more support, both collegial and monetary, that is so important for students. The certificate stipend will help fund my dissertation work and conference expenses this  year. Perhaps most importantly for those of us approaching the job market and hoping to be hired to teach  in subject areas that are still sometimes considered fringe, this certificate gives more visibility and more credibility to GEM as a cutting-edge manner of engaging religious phenomena. 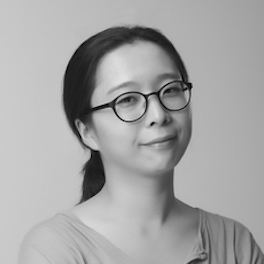 Minji Lee, 2016
I am happy to share my GEM experience with my dear colleagues. Now as a six-year student working on my dissertation, I cannot express my gratitude enough for your “extra”ordinary insights and supports. Looking back my undergraduate time, I could see myself as someone who was always interested in “weird” stuff in religions such as strange visions, painful practices, and severe bodily experience. However, it was only after my coming to Rice and joining in GEM studies that I could figure out my pursuits as more scholarly as a part of GEM interests. By engaging in the GEM courses, I was able to narrow down my scholastic interests and to focus into the mystical reproductive body of the late medieval saintly women, which became my major topic of the doctoral thesis. At the same time, by discussing GEM topics with my colleagues, I succeeded in connecting my specific topics with profound theoretical views on different GEM phenomena in religions. The GEM program for me is like to use the zoom function of the camera to take a right picture: I see my particular topic in active communication with other religious traditions and various relevant theories in the broader academia. It is my everlasting work, I think, to analyze the marginal parts of religions and to discover the proper ways to analyze them not only in my thesis but also in teaching and writing in future. And I know that I have my own GEM experience in my research and career. 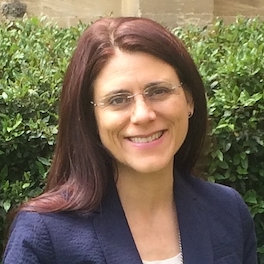 Erin Prophet, 2016
I was first attracted to Rice by the emphasis on hidden knowledge, particularly the opportunity to study gnosticism, esotericism, and mysticism (known as GEM) in both ancient and modern contexts. Having spent my formative years in a new religion with gnostic overtones, I was thrilled to have access to the “GEM Collective,” the group of professors at Rice who study these traditions. Fulfilling the requirements for the GEM Certificate not only allowed me to explore my interests and to get a firm foundation in a new and growing academic discipline, it also made me feel part of an academic “happening.”

Through the GEM Research Forum, I have access to the current work of the GEM Collective, who have been generous in helping me to find the resources to pursue my own interests—for example, in how ideas from hidden traditions influence contemporary history and culture, as in the pyramid seal on the dollar bill.

I fell deeper into the “happening” during the spring of 2015 when I attended the Gnostic Countercultures conference at Rice and watched scholars from all over the world debate current topics. Not long after, I was invited to be copy editor for the new journal Gnosis, the first to deal with gnosticism in an ancient and modern context, whose inaugural issue will feature the conference papers. This work, as well as the unique access to the GEM Collective makes me feel even more a part of the academic “happening” underway in the Rice Department of Religion.