History of Religions in America 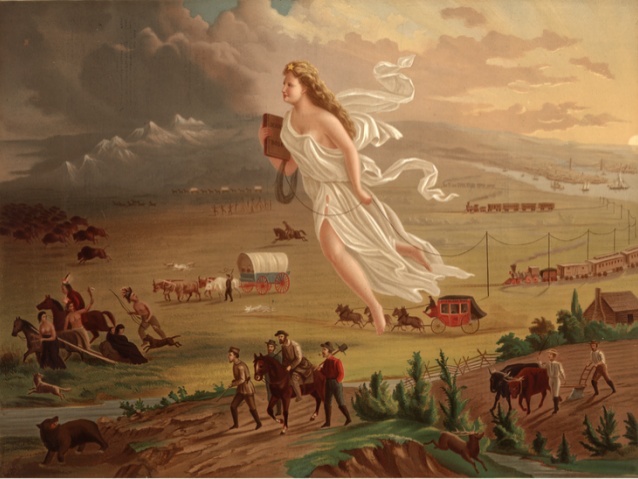 The study of religion in the U.S. has traditionally focused on church history and has organized its historical archives and questions through the normative lenses of Catholic empire in the “New World” and the dominant Protestant tropes of the primacy of the Bible, the Puritan “City on the Hill,” the notion of a “manifest destiny,” and numerous civil religious themes (think, for example, of the “In God We Trust” motto, officially established in 1956). But this, of course, is only one way of studying religions in the Americas.

The graduate area of “History of Religions in America” takes up a different lens, one at once deeply historical and radically comparative. While paying very close attention to the biblical roots and normative European Christian traditions that did in fact come to dominate the public life, thought and rhetoric of the culture, this area of study privileges no particular religious narrative or form of religious experience. It does not see history as linear, but as circular, taking seriously the hermeneutical loop of “the future of the past,” that is, the awareness that future peoples read the past in ways that past peoples could not and did not, so that the future changes the past, and the past changes the future of religions in America. Thus, this area of study pays close attention to the concepts of the “present past” (the persistent return, uptake and recalibrating of the past to benefit the present religious communities) and “revelatory alignment” (aligning the past with new revelatory experiences).

This area of study relies on three basic sources for this vision of religions in America and their histories: (1) the religious literatures and hermeneutics that are foundational to these histories, whether traditional, newly revealed, or rediscovered; (2) the phenomenology of extreme or exceptional religious experiences, wherever and in whatever form they appear (as scriptural revelation and prophecy, private vision, magical conjure, mystical encounter, New Age channeling); and (3) the fundamental religious pluralism of America—from the indigenous Hispanic and native cultures that preceded the European colonialists by hundreds or thousands of years, through the Atlantic slave trade that brought over a million Africans (and their religions) to the continent, to the steady influx of countless Hispanic, Asian, African and Middle Eastern immigrants, religions and refugees. The result is a historical and comparative vision of religion in the Americas that overflows, exceeds and destabilizes any existing today in the media or public discourse.

There are four required courses:

Some focus areas within this concentration require proficiency in primary source research languages. This is determined on a case-by-case basis in consultation with the student’s advisor. Languages that can be studied at Rice include Greek (Hilary Mackie, Classics), Latin (Scott McGill, Classics; Claire Fanger), Coptic (April DeConick), Hebrew and Syriac (Matthias Henze), Arabic (David Cook), and Tibetan (Anne Klein).