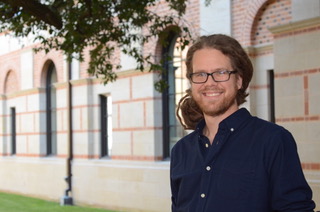 Mark DeYoung is a doctoral student in the African American Religions concentration at Rice University. After earning his BA in Music Theory/Ethnomusicology (2009), Mark went on to Anderson University School of Theology, where he received an MTS with a professional distinction in Theology and Ethics. Mark was the 2016-17 Civic Humanist Fellow in Arts and Cultural Heritage through Rice’s Humanities Research Center and was also awarded a certificate in critical and cultural theory through Rice’s 3CT program. Current research interests include critical race theory, post-apocalyptic and speculative fictions, theories of media and technology, and questions of theory and method in religious and cultural studies.