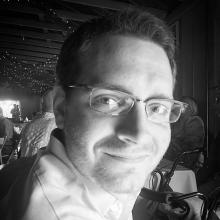 I am a fifth-year Ph.D. candidate of New Testament and Early Christian Studies, working under April DeConick and alongside Niki Clements and Matthias Henze. I arrived at Rice after taking an M.A. in New Testament and Christian Origins at Duke University under Mark Goodacre. I currently serve on the Graduate Advisory Board for Rice’s Center for Teaching Excellence, work as a copy editor for Gnosis: Journal of Gnostic Studies, and have recently joined the faculty at The Women’s Institute of Houston. I am also a member of the international research group Religion, Medicine, Disability, and Health in Late Antiquity (ReMeDHe). My research focuses on the continuities and transformations of religious and medical authority in late antiquity by examining the writings of various freelance experts from the second to fifth centuries C.E.

Dissertation:
"The Rhetoric of Medicine: Transformations in Religious and Medical Authority in Late Antiquity"