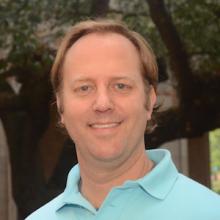 Brian Ogren specializes in Jewish thought and is particularly interested in philosophy and kabbalah during the early modern period. He was raised in California and was educated in Jerusalem, where he lived for thirteen years. He has also spent extensive periods of time researching in Europe. Dr. Ogren's concentration has been upon the flow and reception of ideas amongst diverse intellectual communities, and he has explored uses of intellectual discourse as a means of asserting authority and of forming identity. He is particularly interested in textual exploration, including manuscript study, hermeneutics and historical and canonical exegesis. In other words, he is interested in the unexplored historical record of thought and in ways of eliciting meaning from texts and contexts through variant forms of interpretation.

Dr. Ogren's first monograph, entitled Renaissance and Rebirth (Brill 2009), treats notions of reincarnation in Italian Renaissance Jewish and Christian humanist thought. His second monograph is entitled The Beginning of the World in Renaissance Jewish Thought (Brill 2016) and discusses notions of creation in Italian Jewish philosophy and kabbalah between 1492 and 1535. In addition to these and to several articles on kabbalah and philosophy, he has published an edited volume on time and eternity in Jewish mysticism. Currently, Dr. Ogren is working on a project dealing with Jewish thought in early America. Dr. Ogren's work continually examines issues of center and periphery, as well as continuity and change, in regard to Jewish philosophical and mystical traditions.