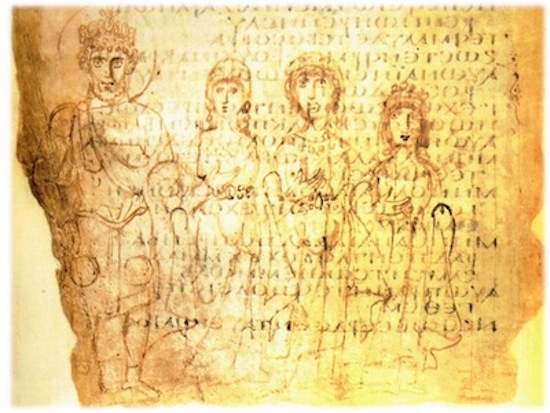 The Bible and Beyond One area of concentration in the Ph.D. program at Rice is the program in Biblical Studies. The major components of this program include the traditional study of the Hebrew Bible and the New Testament within the historical context of Ancient Judaism and Early Christianity, while also acknowledging the rich and diverse literature beyond both canons. These include the Old Testament and New Testament Apocrypha, the Pseudepigrapha, the Dead Sea Scrolls, Nag Hammadi and Gnostic literature, and patristic literature from the Ante-Nicene period.

In recent years, biblical scholars increasingly have come to realize the importance of this literature “beyond the Bible,” not only because it helps shed light on the canonical writings, but also because this material is valuable in its own right. Importantly this literature reveals to us that the richness of Judaism and Christianity was far greater than that expressed in the canonical literature.

The goal of the program is to train students to work independently on texts of their choice, to eventually become professors and scholars in the history, literature and interpretation of the Testaments and related literature. To do so, students will (1) become familiar with the history of the discipline, (2) learn the historical-critical method of interpretation supplemented by other methods used in the field, (3) gain linguistic proficiency in the relevant ancient languages, (4) study primary texts, and (5) become conversant in the history and material culture of antiquity.

Foundational Requirements for Bible and Beyond Concentration

1. Two parabiblical courses (one from a. and one from b.)
a. RELI 553 The Dead Sea Scrolls OR RELI 509 Lost Judaisms: The Apocryphal Writings
b. RELI 581 The Gnosticism Seminar OR RELI 549 Early Christian Controversies